Varesina Stampi was founded in Varese in 1950. The first few years were spent producing dies for plastics and rubber, and in 1955 the plant was transferred to Quinzano S. Pietro (Province of Varese) which is still its current location. At this stage production began to be more oriented towards what it is today : the design of dies and hot steel drop-forging.

Vittorio Pozzi founder and actual Group President is joined by his brothers Elio and Luigi in the management of the factory. Strong family ties have always distinguished Varesina Stampi and even today are present in the firm. The first, the second and third generations represent a great asset for the firm.

In the following years, production demands and market forces required the expansion of the production facility and in 1987 and 1989 the separate plants of Corio Canavese (Province of Turin) and Sesto Calende (Province of Varese) were added respectively to the group. By taking this step Varesina Stampi has enlarged its production horizons, acquiring a facility specialized in the finishing of high-precision components.

A significant history of and continual development has made Varesina Stampi  the founding company of an industrial group and market leader which has four factories and some six production units with three hundred staff. 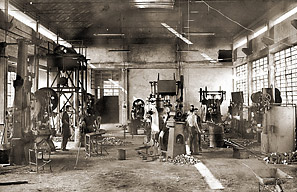 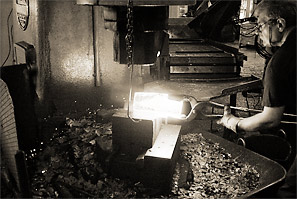